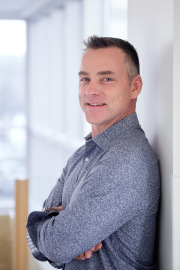 Mick Lautt is a facilitator, trainer, and program leader with over 30 years of experience. As president of Taiga Consulting since 2004, he manages his multifaceted consulting practice with expertise in the following areas:

As a branch of his consulting practice at Taiga, Mick was Director of Team Learning and Corporate Retreats for the industry award winning travel learning company, Earth Rhythms, from 1999-2016.

In 2009 Mick co-founded SciMar Ltd, a biotech company focusing on Type 2 Diabetes, Obesity and Cardiovascular disease and is currently CEO.

From 2006 - 2009 Mick was an associate of Western Canada’s largest HR consulting firm, People First HR Services, where he developed and led the Experiential Learning and Development Series in the HR Consulting Division. In 2014 Mick re-joined PFHR's consulting team as a senior consultant in the training and development division.

Mick has been an instructor with the Executive Education program at the Asper School of Business, since 2015. He teaches modules in the Advanced Strategy and Leadership certificate program.

Mick was also the founder, operator, and chief instructor of WAVpaddling – Central Canada’s Kayaking School, from 2003 to 2009, providing a full range of nationally certified white water and sea kayak skills and leadership training programs. Mick sold WAV in 2009 but continues to teach and consult for the community.

Prior to founding Taiga in 2005, Mick was co-founder and president of an experiential education and adventure-based learning company, for 10 years. In that role, he focused on a number of unique programming areas including: community-based youth development; specialized experiential curriculum development; youth at risk intervention programming; family recreation; leadership training; outdoor recreation; and professional development facilitation.

Simultaneously, Mick held a founding position with a youth-gang intervention program within the Winnipeg School Division for 9 years. In his role as a specialized education program consultant and project team leader, Mick was responsible for complete project management over six sites; training, leading, and managing annual staff and volunteer teams; and the creation of customized curriculum. During this time, Mick and his team, were recipients of 8 provincial awards in the areas of restorative justice, crime prevention, and volunteer services.

Mick credits his early start in leadership and training to a 6 year experience working intensely within the YM-YWCA system as a program leader, supervisor, trainer, and volunteer (over 500 hours) as well as his successful career at Camp Stephens from front line to senior staff, culminating as the Director of the Wilderness Program.

Always involved in his community, Mick is a founding member of the Manitoba Whitewater Club and has served 15 years in various volunteer positions from chair to consultant on the river kayaking program development committees with Paddle Manitoba, Paddle Canada, and Canoe Kayak Canada. Mick served 7 years as Chair of Education for the Dauphin Chamber of Commerce; served 5 years on the D-Town Plaza Skate Park development committee; emcee's the annual "Take the Leap - Manitoba's Rural Entrepreneurship Conference"; is the founder and president of The Parkland Paddling Club; was a board member of the Parkland Taekwondo Association; and is a founding member and director of the Dauphin Derailleurs mountain bike club. Mick also enjoys volunteering as an assistant coach with his son's hockey and football teams.